The two U14 Clooney Quin ladies football teams were both successful in hauling home two titles on Sunday morning. First up were the U14D side who played a super game of football  in and against Corofin. Both teams traded the lead throughout the game but it was the Clooney Quin ladies who rallied to the end and took home the title with a one point win. The captain and goalie of the team Mia Palache was presented with the trophy.   Clooney Quin 3-11 (20); Corofin 5-4 (19). Well done ladies
It was then off to Kilmihil for round two for many of the players , mentors and parents for the U14A shield final. The girls were up against a strong footballing side in Fergus Rovers but once again showed great character and won by two points to claim the cup which was presented to captain Orna Moynihan.  Clooney Quin 1-12 (15); Fergus Rovers 2-7 (13). 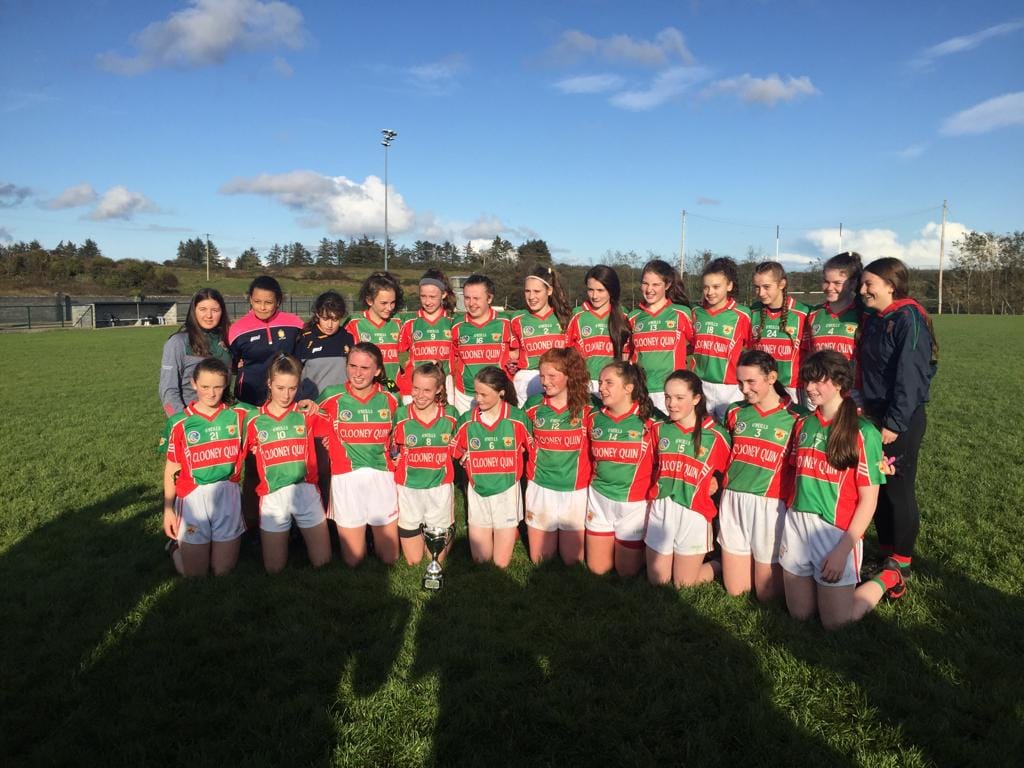 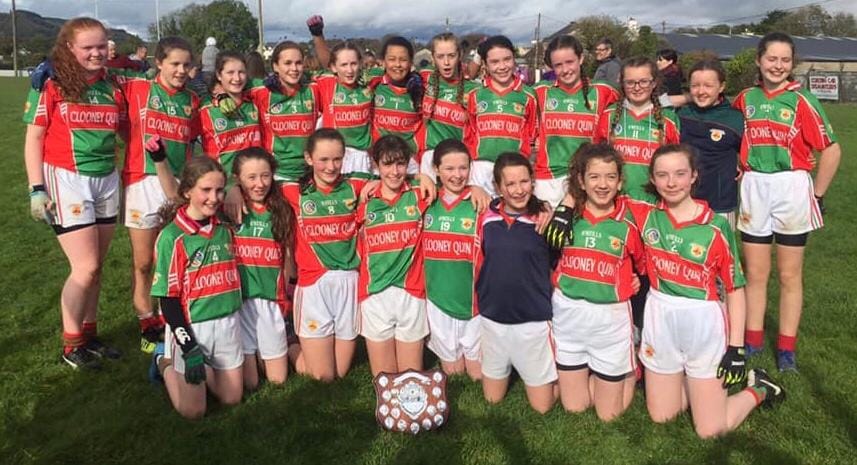