The U16B football team made it into the championship final on Tuesday evening after beating Doonbeg in Kildysart in the semi final with a score of Clooney Quin 3 17 Doonbeg 1 7 full time.
They will play Wolfe Tones in a tough battle in Cusack Park on Monday May 20th. The last time both teams met in the round stages the game ended in a draw so there is very little separating the sides.

Best of luck to the team and management. 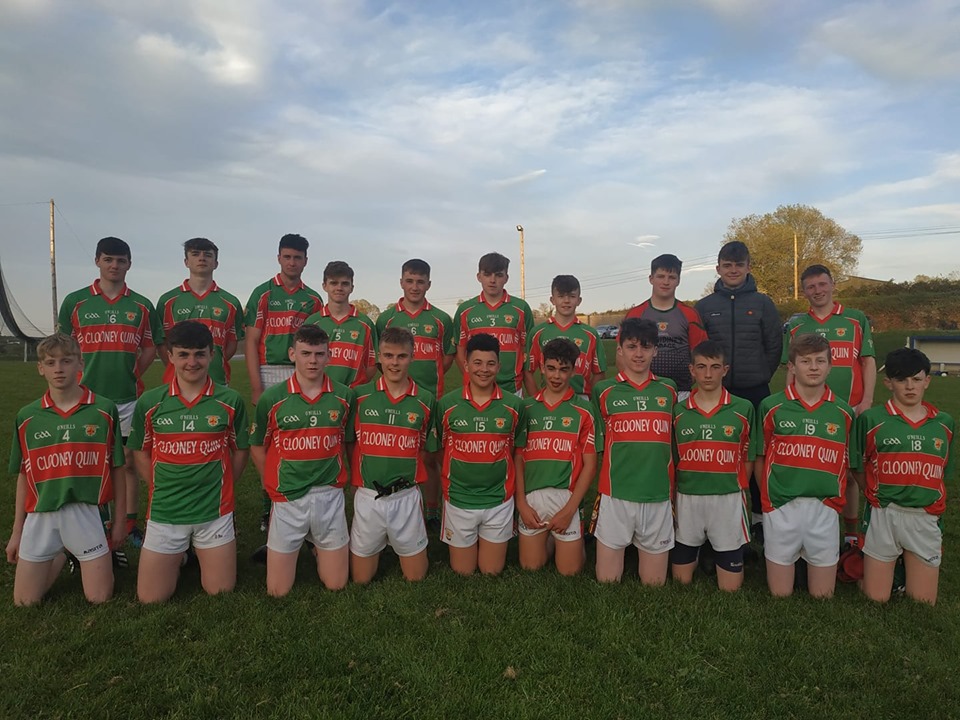